Having enjoyed the Edinburgh Fringe when I attended for the first time last August, I was determined to do it all over again. A long bank holiday weekend and a number of shows by comedians I’ve been longing to see, left few excuses not to return. Here are my thoughts on each performance I saw this time round. 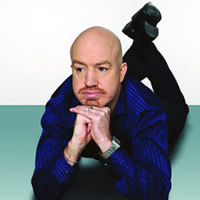 I think I was interested in seeing Andy Parsons more due a friends impression than his own appearances on Mock The Week. As a regular on this weekly satirical panel show, maybe I shouldn’t have been surprised that much of his comedy was politically themed. Whilst Parsons was well informed, he seemed unwilling to dive too deep into any particular topic. An oft-hand remark that people may think this was boring may have revealed why, but I would love to have heard more satire and less about his finding a pair of pants in a jar of mayonnaise.

A perfectly entertaining evening but after seeing other acts, his felt weak in comparison. 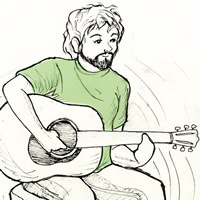 The only musical performance I heard was this set of songs based on and inspired by the writings of A.A. Milne sung by Chris T-T (the husband of Clearleft’s new project manager, Rifa).

An unamplified performance in a small intimate cellar bar gave the show a degree of exclusivity. Chris’s songs were short and sweet, and reminded me a little of the work of Nizlopi (and in particular JCB Song). The songs of A.A. Milne would pull at anyones heartstrings, but even Chris’ own songs performed halfway through the set drew you into another mystical world. An accompanying story about a spiritual-like experience had whilst sat on the hard shoulder of the M1 cemented the magic.

This show reminded me that I should broaden my selection when looking for things to see at the Fringe – and that sometimes the best stuff is completely free. 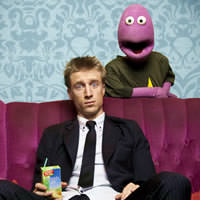 I saw Sammy J at last year’s festival, but only if I’m honest because thought the show was free! It turned out to be my favourite show of last years Fringe. This year he was performing twice, and because I had booked a number of gigs I was only able to see his double act alongside a purple muppet-like puppet called Randy.

Sammy J was just as funny as I remembered him, whilst Heath McIvor was astounding as the puppeteer behind Randy. The level of emotion he was able to convey with such a simple looking creature was amazing, and you could easily forget you were watching a puppet had the act not made a running joke of it.

I still preferred Sammy J’s solo performance, but saw enough to buy a ticket for Randy’s own show that was also playing at Underbelly.

Richard Herring: What is Love, Anyway? 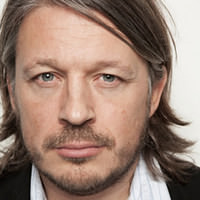 I remember watching Richard Herring and Stewart Lee on Fist of Fun and TMWRNJ in the mid-nineties, and then mourning their passing from mainstream television. Yet I never seemed to progress on to their live work. After a recommendation on Twitter, I decided to see Herring’s latest show in which he ‘seeks to destroy love before it destroys him’.

Herring’s fast paced delivery means you get more laughs for your money. This show revolved around his observations regrading love, an amorphous concept for which most of us believe in as others do a God. Sharing his own experiences and reciting poetry written in his youth ensured a self-deprecating performance like no other.

Herring sets out to destroy love, but by the end of the show he has probably reinforced it, yet with an audience reflecting on a subject often taken for granted. Funny, touching and entertaining, I think I need to see this all over again. 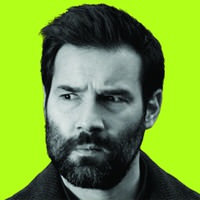 It was only on learning that Adam Buxton was bringing his sold-out BUG show to Edinburgh that I committed to buying tickets for this years festival. With expectations massively heightened, I was secretly preparing for disappointment. Instead I came away overjoyed and with a list of links and YouTube clips to watch again and share with friends.

Not strictly a stand-up show, BUG (which is usually held at the BFI on London’s Southbank) is an event that celebrates the art of the music video. Buxton suggests the show is more like going to your mates house “where he gets out his laptop and starts showing you things”. It certainly felt like a show being enjoyed with friends, with fans of his and Joe Cornish’s BBC 6music radio show clearly in attendance.

Such fandom was encouraged, with plenty of his catchphrases and characters making an appearance, including an all too brief visit from Boggins! Yes, at times it felt like a children’s show, but all the kids left happy, including myself.

For 90-minutes we were truly spoiled, even more so thanks to Adam’s set pieces; his interpretation of Grace Jones’ ‘Pull Up to the Bumper’ being especially memorable. I just hope I can find tickets to see another edition of this show. 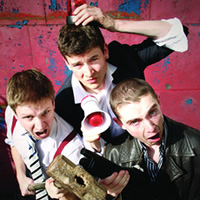 Needing to find shelter from the pouring rain before a later show, I headed to Bristo Square and the Gilded Balloon (held in Teviot Row House, a building that resembles a fairy tale castle) to see what I could find. With little choice left, I bought tickets for the only show available, a comedy sketch show performed by an Irish three-piece called Foil, Arms and Hog.

This type of live comedy was all new to me, but I felt happier having seen something a little more theatrical at the Fringe. Once I got over the fact that one of them looked just like Brian Dowling, this high-energy performance proved to be a fun way to spend an hour.

It was also where I enjoyed perhaps the funniest moment of my festival. When an old man left the room to go to the toilet, he was spotted by one of the performers, but quickly shouted back ‘don’t make a joke about my bladder!’ Needless to say, the very same then happened. Brilliant! 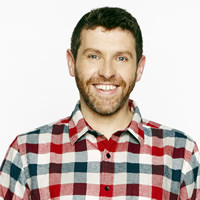 A performer that can only be described as a comedy genius, Dave Gorman’s latest show – his first at the fringe in 8 years – was end-to-end funny. I’m not sure if it was the title, or his previous work, but I definitely detected a strong geek strain running through the audience (and having briefly accepted that I may be one too) I was richly rewarded with a performance that largely focused on advertising and social media.

When these two things come together, stupid things can happen, opening themselves up to mischievous acts from Gorman. I don’t want to give too much of the show away (many parts of it would be ruined if they were to be widely spread) but I’m hoping I can persuade my colleagues to see it when it arrives in Brighton in October. I’m sure they’ll appreciate it just as much as I did. 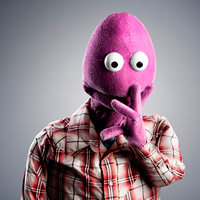 After seeing Randy in the double-act with Sammy J, I was interested to see his solo performance. As mentioned earlier, Randy is a purple (and often foul mouthed) muppet-like puppet, skilfully operated by Heath McIvor. The dexterity in which Randy is manipulated, meant that the audience totally brought into the illusion, happily entering (lengthy) conversations with him.

Afterwards I wondered if I would have enjoyed the performance had there been no puppet. I suspect so, but not as much without the visual aspect the puppetry provides. Alongside Sammy J, I’ve firmly become a fan of this Antipodean pair.

Best of the Fest

The final show I attended was Best of the Fest. Beginning at midnight, the hour before brought with it a sense of anti-climax, as many of the outdoor areas had been vacated due to the heavy rain. The performers showcased at this event were fairly mediocre, and the MC, Andrew Maxwell relied on cursing and drug references more than seemed necessary. I did get to see David O’Doherty perform Beefs 2011 live though, so it wasn’t all bad.

In fewer days I saw more shows than I did in the four nights I was in Edinburgh last year. It’s safe to say I’m addicted to comedy, and the Edinburgh Fringe makes it all too easy to get another hit of the laughter drug. I do feel I’m getting a better sense of what makes a better comedy performance though – for me anyway. A sense of narrative, a range of emotions and innovative delivery are sure to impress. In this respect, Richard Herring’s show felt highly polished and refined (without feeling scripted) whilst an act like Parsons’ could be seen every weekend in the comedy club. I’m sure there’s room for both, but at Edinburgh, a crafted performance seems more appropriate. A good rant is also appealing, and perhaps in that sense I have a second career to fall back on.