It’s only April, but I think I have already found the musical highlight of 2005, in the shape of Back to Bedlam, from James Blunt. 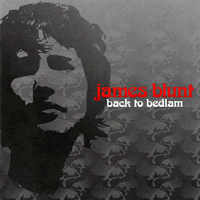 I first got a taste for James Blunt’s music after downloading High, available as a free download single of the week on iTunes. This can sometimes be hit or miss, but either way it is free so there is nothing to loose. But just hearing a second track during a TV commercial for the album convinced me I should take the gamble and buy it. The gamble paid off.

Kicking of with the uplifting debut single High, followed by the amazing You’re Beautiful – a song that at first may seem a little unoriginal – it quickly grows on your with a memorable guitar rift and its true tale of an unattainable romance. The second single to be taken from the album Wisemen begins with a sound not too un-similar to Badly Drawn Boy (not surprising given both have been produced by Tom Rothrock). It then hooks you in further with its catchy chorus.

After this triple whammy, the album slows down a bit, with Goodbye My Lover, which whilst not as catchy still worthy of a listen, which probably can be said of Tears and Rain too. However I consider these as hidden jewels that will start to gleam over time as I get a feel for their lyrics.

Having read James’ biography, the album will no doubt take on another dimension. Having joined the British Army and making captain, he was the first of 30,000 peacekeeping troops into Pristina, before later before protecting the Queen on horseback and the guarding the Queen Mother, whilst she lay in state. Only part of his (still relatively short) life story, that also includes moving to California and discovering the joys of an English accent in American bars!

So Long, Jimmy (reportedly inspired by Jimmy Hendrix and Jim Morrison) and Billy return to the run of catchier tunes, before Cry and finally No Bravery (written whilst in Kosovo) remind us of what an intelligent and emotionally charged collection of music this is. Add a unique voice that changes pitch effortlessly, and it just makes for an album that is a joy to listen too.

I have listened to this album far to many times (it’s currently playing in my car everyday traveling to and from work) and I still can’t get bored of it – there always seems something new to grab your attention still further. Needless to say, I cannot recommend this album highly enough.